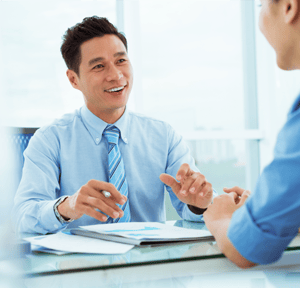 Total member growth of 11,534 across banking and insurance for the six months to 31 December 2019, up 2.1 per cent. CUA now provides banking and health insurance to 560,940 Australians.

Retail deposits up 1.7 per cent for the six months to $10.76 billion, with strong growth in transaction account balances.

Consolidated assets closed at $16.02 billion, up 1.7 per cent for the half-year.

Solid member and balance sheet growth have underpinned CUA’s first-half financial results for FY20, off the back of a renewed strategic focus on growing transactional banking.

CUA Group posted a consolidated NPAT of $21.25 million, boosted by the strong performance of its subsidiaries and highlighting the benefits of a diversified banking and insurance offering. The Group result was down 7.9 per cent on the corresponding period a year ago, reflecting the low interest rate environment, challenging external conditions and costs associated with CUA’s decision to invest in member services.

CUA has committed to a cash spend of nearly $40 million this year on projects that will accelerate member experience improvements and help the business to scale, including a streamlined lending origination system and optimising service channels.

It has also strengthened its focus on growing main banking relationships, particularly with younger members, achieving 9.1 per cent growth in transaction account balances (excluding offset accounts) over the six-month period.

New CEO Paul Lewis said CUA must remain committed to its investment in the projects and technology that will position Australia’s largest member-owned banking organisation for the future, despite tough operating conditions characterised by weak credit growth, aggressive competition for lending and the prolonged low interest rate environment.

“As a member-owned organisation, we have an obligation to pursue a long-term strategy that ensures we deliver in the best interest of our members now and into the future, despite the economic challenges that are placing pressure on the entire financial services sector,” Mr Lewis said.

“We’ve made decisions across this first half that have influenced our position, including higher operating costs to accelerate the delivery of projects aimed at improving member experience”

“We’ve also kept members front of mind in managing the impact of the falling RBA cash rate. We’ve been conscious to balance the needs of both borrowers and depositors in our pricing decisions, while ensuring key products on both sides of the book remain within the top quarter of the market on price. This is at the heart of what we do as a member-owned organisation. “This challenging climate places sustained pressure on margins, reflected in our relatively flat Net Interest Income. But we have remained focused on achieving sustainable profits that enable us to deliver competitively priced products, while supporting ongoing investment in the foundations for growth.” 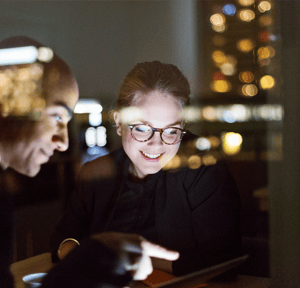 In addition to higher operating costs associated with strategic investment, CUA’s regulation and compliance costs were up 13.9 per cent on the prior corresponding period.

Investing in the future CUA officially partnered with Sandstone Technology in September, representing an important step in the delivery of a new lending origination system.

“This is a substantial project that will streamline the home loan experience for our members across our broker, organic and self-service channels, supporting faster decision-making on home loan applications and a smoother end-to-end digital home loan journey for members.

“We are on track to begin the first phase of the rollout in the coming months. This is an important foundational piece in allowing us to more efficiently scale our home loan business in the future.”

CUA’s strategy has also resulted in a stronger focus on growing main banking and transactional relationships with members, led by the launch of the Everyday Snap account in September. The strategic shift has seen 9.1 per cent growth in transaction account balances (excluding offset accounts) over the six months to 31 December.

“We have made a conscious decision to strengthen our focus on transactional banking with a product that appeals to younger consumers’ passion for travel and making overseas purchases via online shopping, and their aversion to paying fees in the process,” Mr Lewis said.

“We invested in a sustained marketing campaign to communicate the values that are core to our organisation but that consumers might not know about us; namely that we are digital-focused, innovative and member-centric.

“CUA’s marketing efforts have traditionally focused around our home loan offering, so this has been a strategic shift.

“Millennials account for 63 per cent of the Snap accounts opened. Furthermore, we’ve seen an increase in brand awareness, consideration and our Net Promoter Score, particularly amongst young adults. It’s exciting to see our member-centric values resonating in new markets.”

CUA also expanded its newest member touchpoint – the iM CUA messaging app – which now has 26 personal bankers and more than 30,000 users. CUA launched a ‘guest log-in’ during the period, enabling non-members to make inquiries via the channel for the first time.

“Our members are increasingly time poor and rely on CUA to provide convenient, effortless alternatives to do their banking when and where it suits them,” Mr Lewis said.

“iM CUA is one component of the broader investment we are making in our frontline service teams to lift capabilities, implement new technologies and provide a more consistent member experience, including in peak periods.” 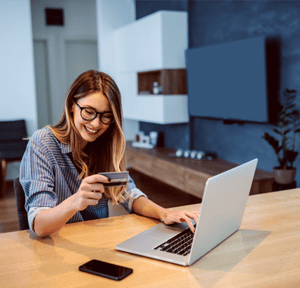 Underlying performance for CUA’s banking business was supported by increases on both sides of the balance sheet, with steady growth in loans under management and retail deposits.

Despite the balance sheet growth, NPAT of $23.02 million for the ADI was down 23.4 per cent on the prior corresponding period. This result was also influenced by the challenging external environment and CUA’s commitment to accelerating strategic investments.

A total of $1.47 billion in new loans were issued for the period, down from the particularly strong H1-FY19 result of $2.29 billion.

Mr Lewis said the lower lending volumes reflected a conscious business decision to maintain lending volumes at more steady levels across the full year, rather than concentrating lending growth in the first half as CUA did in FY19.

“In the first half of last year we saw record lending volumes, growing our home loan portfolio at three times the system rate. While this approach helped build our loan book in FY19, the rapid growth flowed through to our operating costs at a time when funding costs were high, requiring us to aggressively expand our deposit portfolio at the same time,” he said.

“CUA’s margins are among the tightest in the market. We know the challenging external environment will persist, so targeting growth more in line with system growth will help us better manage our Net Interest Margin in FY20 and continue to maintain sustainable profits.

Subsidiary CUA Health extended its strong performance of recent years, finishing the half with a NPAT of $5.09 million, up $2.36 million from H1-FY19. The result reflected improved investment returns and increase in members to 78,441. A continued focus on member value also saw the insurer announce a lower average premium increase than the previous year.

CUA Health’s member growth bucked the industry trend. This growth is being driven by younger members, with a 13.4 per cent increase in the number of members aged 0-35 years old across the last year.

The health subsidiary also continued rewarding CUA banking and health insurance members through its 4 per cent discount for those who pay their premiums from a CUA account. The discount has now delivered members a total saving of $5.76 million over the past three years.

A total of $62.50 million was returned as benefits for policy holders during the period.

• Paul Lewis commenced as the new CEO of CUA Group in November.

• CUA was appointed to the lending panel for the Australian Government’s First Home Loan Deposit Scheme in December 2019, furthering our commitment to provide affordable and responsible finance.

• CUA partnered with the Australian Red Cross and Infoxchange to launch Connected Future, a new collaboration aimed at improving the digital and financial capability of members and the wider community.

• The CUA banking business passed $1 billion in members’ funds for the first time.

• CUA invested in upgrades and refurbishments across the branch network, including a modern new branch in Perth.

• CUA members showed overwhelming support for CUA’s growth strategy at the 2019 AGM, with 92 per cent voting in favour of constitutional changes that will enable CUA to raise capital in the future through issuing a Mutual Capital Instrument (MCI).

• CUA was recognised as an Inclusive Employer by the Diversity Council of Australia.

CUA is Australia’s largest member-owned banking organisation, contributing to the financial wellbeing of around 560,000 Australians through our banking, insurance and health insurance offers. As a mutual, we were created by members for members and we care for them through the changes and challenges in their lives. Our growth and success enable us to reinvest in our business, deepen our relationships with members and build stronger communities. Visit www.cua.com.au