Is the world ready for global data standardisation?

Imagine if all financial data could be moved around like trains with pre-defined carriage content on a standard gauge.

With financial transactions forming the backbone of so much of our commercially driven world and ever increasing in volume, it seems now is the time to address making them as efficient as possible.

Standardisation has helped push progress along and it is easy to find examples of this, both in our current age and in history. The standardisation of processes in the industrial revolution for example, meant rates of production were multiplied many times over.

Trains run on standard gauge tracks to deliver goods more efficiently than perhaps any form of road-based transport can. In a similar way, internet content is delivered to us via standard TCP/IP.

The importance of standards

Payments have become a topic of much discussion of late, with the Bank of England recently recommending in the first chapter of its ‘Future of Finance’ report that payments in the future be simplified but also not leave any demographic behind.

One of the points raised to achieve a better future for payments systems is data standardisation. In fact, the report also promotes the adoption of data standards and protocols in Chapter 3 and champions global standards in Chapter 4. From this, it is obvious standards have a major role in how the Bank of England sees financial transactions playing out in future. There are other beneficial consequences of standards.

Reporting and statistics become much simpler to collate when data sets are normalised by default. Integration with service providers in the same or other areas of finance become a simpler proposition when a common vocabulary is the starting point. Another interesting facet to data standardisation was raised in a UK FCA (Financial Conduct Authority) review of digital regulatory reporting. The challenge of codifying regulations and their interpretation revealed a hard dependency on data standardisation.

The efforts to standardise are to be applauded, but a more global view is needed to truly reduce friction in financial transactions across boundaries in the longer term.

By providing the flexibility to make use of only specific elements of the standard data set, services can be created that are as simple or as complex as needed for specific outcomes or as specialised as needed by specific categories of financial transactions.

While there have been efforts made over time to standardise various aspects of financial data, nothing has really been all-encompassing. The result is a long list of standards that all have their own versions and sometimes cover only a narrow scope or specific set of use cases. 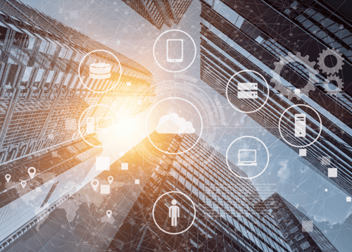 The efforts to standardise are to be applauded, but a more global view is needed to truly reduce friction in financial transactions across boundaries in the longer term. In providing a subset of financial data standards that may be familiar, it quickly becomes apparent that there are probably more standards than is helpful, governed by disparate bodies.

The sheer scope of a single financial data standard provides a significant challenge. Questions such as who oversees the global standard and how you bring all the necessary parties to bear on creating such a standard are non-trivial to answer. Then there are the constant additions and changes that must be managed. But with all such endeavours that humans undertake, where there is a will, there is a way.